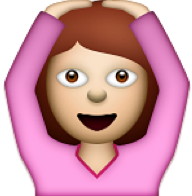 In great Toastmasters tradition, this meeting tested various role-holders for their organisational skills.

This meeting was originally intended to be a Speakathon meeting (6 speeches, no Grammarian, no Table Topics and no General Evaluator) slowly morphed into a traditional meeting. Last-minute drop-outs due to illness meant that some roles were shuffled to make a 3-speech meeting with a long Table Topics session with just nine members and four guests attending.

Jordan S was the Toastmaster of the Evening, calmly dealing with the last-minute changes. She’d been the Toastmaster one time before and has delivered her first two speeches from the Competent Communication manual. It’s unusual to give relatively new members key roles like this but Ascot is a new club that is challenging its members to progress.  Paola K explained her role as Timer. Paola also stepped in as Videographer.

New member, Jamie C, gave his first (Ice Breaker) speech. He cleverly called it “ThrIce”. The speech covered three stories – one literally about breaking ice. He talked about moving to Ascot, walking on Ben Nevis and scuba diving abroad and at home. He used very description language, impressive for a first speech.

Next, Karolina E delivered speech #3: Get to the Point from the Competent Communication manual called “My days of miracles in San Francisco”. Karolina used memorable phrases such as “a day of miracles and light” and “consciously relinquish fear.”

Finally, James H gave speech #8: Get Comfortable With Visual Aids. The intriguing speech title was “Three things I hate about Toastmasters.” He described his angst at the Ah Counter, since he himself as an expert at introducing “umm”s in a speech. Next he talked about how the word of the day can sometimes not be worked into a speech. Finally, he described how a minute wasn’t nearly enough time to write decent feedback after each speak. He explains that he now uses the worksheets for evaluators that the club provides to keep notes of what he liked and what could be improved that he then gives to the speakers. Throughout his speech, James used props such as a big plastic bottle to save money and the flip-chart.

All speakers were in time and Jordan S called for a vote for the Best Speaker. James H won the award by just one point.

Paola K was the last-minute stand-in as the Table Topics Master. Before the meeting, she printed 10 colours on slips of paper and then 10 objects on a separate set. She folded them up and put them into two small pots. Because Paola K herself was ill with a cold, she asked Anantha R to assist in the role. Anantha shook people’s hands as they took and left the stage. She also selected a slip from each pot to make the topic.

Given a colour and an object, the topic question was in the form of “why did you make your [object] [colour]?”.

Paola K called up nine speakers, including herself and Anantha!

The award for Best Table Topic Speech was later awards to Nikita P.

James H, Club President, presented the awards, including the award for Most Imaginative (or Expressive) use of English to Karolina E.

In the longer-than usual closing segment, in her capacity as VP Public Relations, Jordan S told members about the upcoming Ascot Speakers chartering celebration dinner to be held in May. Jordan is chairing a planning committee to organise this event as part of project 10 (Team Building) Chair a club special event in the Competent Leadership manual.

In her capacity as VP Education, Paola K told members about the upcoming special extra meeting on 30 March.

As Club President, James H, took members through the proposed Addendum to the Club Constitution. Ascot Speakers will be chartering in April and this Addendum becomes relevant. The proposed changes were unanimously agreed by all the members present.

Nour a friend of member Nikita and now a member at Newbury Speakers, said that Ascot meetings had a distinctive flavour that means she always wants to come back. She thought that the meetings were well organised and she liked the paperwork we provided (such as Table Topics Memos). Nour said that she liked the club spirit and that there was always a lot of laughter.

Emma, a first-time visitor to any Toastmasters meeting, said that she found it nice and friendly. She was impressed with the quality of speeches and found them inspiring. She liked that she was welcomed as soon as she arrived and was introduced to a member to sit with.

Melvin had visited a Toastmasters club in Israel before. He said that ours was very different. He thought that the venue was ideal (we use the stage). He liked the speeches and the variety of them.

Emilie was a guest of Jamie C. She said that she now knew why Jamie came home after Ascot meetings raving about them. She said that she really enjoyed the evening and thanked us for being welcoming. She was surprised at how amazing all the prepared speeches were. 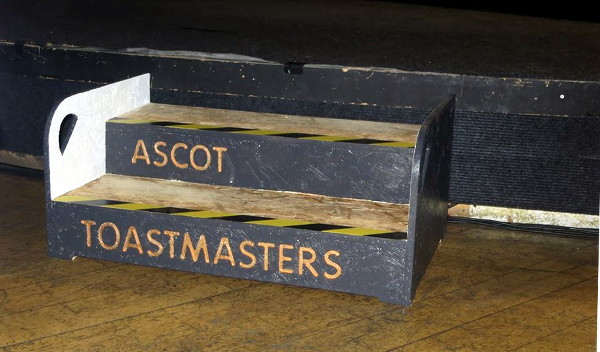 Finally, member Richard A endorsed all the comments from guests. He had come to the very first public demonstration meeting in May 2015 and been member #11.

However, he had other commitments and other activities that he wanted to make time for and so, sadly, would not be renewing his membership at the club. He said that Ascot was a welcoming and friendly club and that it had been lovely experience to be part of it.

Ascot Speakers will always remember Richard fondly, not least because he designed and made the club wonderful stage steps.

Ascot Speakers looks forward to welcoming you then.

This site uses Akismet to reduce spam. Learn how your comment data is processed.

We provide a supportive and positive learning experience in which members are empowered to develop communication and leadership skills, resulting in greater self-confidence and personal growth.

Disclaimer
The information on this web site is for the sole use of Toastmasters’ members, for Toastmasters business only. It is not to be used for solicitation and distribution of non-Toastmasters material or information.